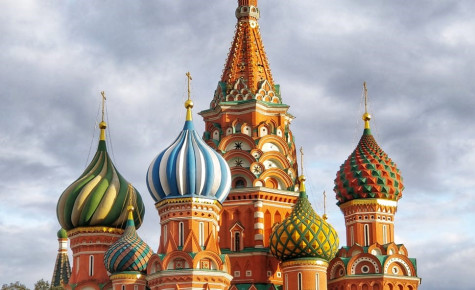 Back to the USSR 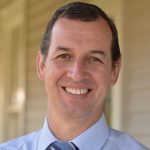 The Baltic states of Lithuania, Latvia and Estonia on the eastern shore of the Baltic Sea each have a long interesting history and an impressive cultural heritage dating back to the 13th century.

Lithuania’s capital, Vilnius, founded in 1323, still bears evidence of its rich heritage in the gothic, renaissance and baroque architecture of its Old Town, best explored on foot.  Latvia’s capital, Riga, a blend of sophisticated cafés and restaurants, founded in 1201, was once called the “Paris of the North.” Estonia, the smallest and most northern of the Baltic states, is fondly referred to as “E-stonia”, due to its dynamic, advanced digital society, bears a distinct European presence. That said, Estonians also follow tradition and are great lovers of poetry, cinema and the arts. Tallinn’s charming Hanseatic Old Town is also a World Heritage site. The world’s largest country, Russia, isn’t quite what you might expect. Winston Churchill once described Russia as a “riddle wrapped in a mystery inside an enigma.”

Our tour starts in Lithuania, where we spend a couple of days discovering Vilnius before venturing out towards the pilgrimage site of the Hill of Crosses. A memorial of Christian devotion since the medieval period, it represents the peaceful resistance of Lithuanian Catholicism to oppression. It’s a short bus ride from there to Riga, our home for the next few nights. The city of Riga blends timeless tradition with cutting-edge cool and we’ll soak up the atmosphere here before heading towards Tallinn for our 2-night stay. The Old Town’s wonderfully preserved medieval architecture and labyrinth of narrow, characterful streets are begging to be discovered on foot.

Russia’s two main cities – former capital, St. Petersburg (Leningrad, as it was) and current capital, Moscow, are next on our journey. We’ll witness the charm of St. Petersburg’s architectural styles converging at Palace Square, impressive art collections of the Hermitage Museum and the beauty of bejewelled Fabergé eggs. From the opulence of the palaces, to the memorial of the Church of the Saviour of Spilled Blood, our 4 night-stay here encompasses the highlights of this majestic city. We then travel by high-speed train to Moscow, a city rich in contrasts. Red Square is the first stop on our 4-night stay to see the ‘onion domes’ of St. Basil’s Cathedral, a landmark that takes on a fairy-tale quality when lit up at night. The underground rail network, the Metro, showcases feats of stylish engineering in its stations and is also a ‘must-see’. We’ll visit the Kremlin grounds, followed by a tour of the State Armoury Museum – a treasure trove of ceremonial arms and armour. Finally, relive the tensions of the Cold War and descend 65m below ground to the once top secret nuclear Bunker 42, a fascinating military complex.

This tour highlights the uniqueness of history and culture of a much-changed region – say “da” to Back to the USSR!