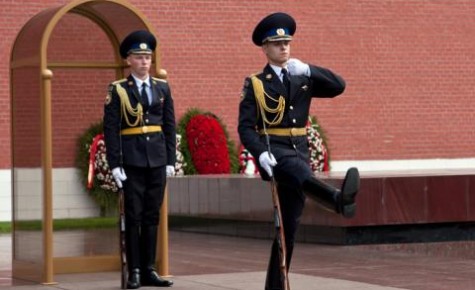 It’s the multi-faceted culture Russia has to offer that makes it so appealing. Places like St. Petersburg or the cities of the Golden Ring boast so much in art and culture that it would take near decades to even loosely acquaint yourself with what they have to offer, yet the frosty reaches to the north tell different tales of old castles, derelict towns, prison camps and time-lost labyrinths. This trip takes you across a land shrouded in both magnificence and secrets as you explore the bustling architectural glory of Vyborg, Yaroslavl and Moscow and right up to the Arctic treasures of Murmansk and the Solovetsky Islands.

Zdrastvutye! Welcome to St. Petersburg, the ‘City of the Tsars’. If you’ve arrived early, it’s well worth tracking down some of the impressive structures throughout the city. The Palace Square, Kazan Cathedral, Peter and Paul Fortress, Saint Isaac’s Square and many more of these historic centres capture the city’s imperialist charm, showing touches of European influence in the architecture of these old buildings.

Spend a day exploring St. Petersburg with a guided walk through the former centre of the Russian empire, learning about Nevsky Prospekt, the Neva River embankment and more historical parts of the city. Later in the day, discover one of Russia’s most spectacular sights – the stunning Hermitage museum. Founded by Catherine the Great in 1764, the Hermitage is one of the largest and oldest museums in existence.  If there’s time after the visit to the Hermitage, indulge in some sightseeing during a free afternoon. Maybe head to the Mariinsky or Mikhailovsky Theatre to witness some world class performances (advance bookings essential). (B)

Day 3: Vyborg
Start the day with a free morning in St. Petersburg. Once the afternoon swings in, take a private vehicle drive to Vyborg, a beautiful provincial town with an iconic medieval castle located on its riverside. Begin exploring Vyborg on a guided walking tour, strolling along its cobbled streets and inspecting some of the classic buildings in the area. A trip to Vyborg’s old town boasts some of the best attractions in the city – the back streets are full of excellent cafes, shops, markets and churches just waiting to be uncovered. The walking trip comes to an end at one of the world’s architectural masterpieces – the Vyborg City Library. Designed in the 1930s by Finnish architect Aalvar Aalto, the building still serves as a cultural centre for the people of Vyborg and many a concert or lecture is held here to this day. (B)

Day 4: Vyborg – St Petersburg – Overnight train
Enjoy a free morning in Vyborg, taking the time to wander through some of the more vibrant parts that you may have passed on yesterday’s orientation walk. In the late afternoon, say goodbye to Vyborg and return to St Petersburg. Board our first train from Ladozhskiy Vokzal and travel overnight towards the Russia’s north and the gateway to the Solovki Islands. (B)

Day 5: Solovetsky Islands
We disembark in Kem mid morning and transfer to the ferry for our journey on the White Sea to the Solovetsky Islands, also known as “Solovki”.  We stay in a comfortable hotel on the main island, Bolshoy Solovetsky, and explore some of the main sights on a walking tour with a local guide today, including the now re-established Transfiguration Monastery – a UNESCO World Heritage site.

Day 6: Solovetsky Islands
Take a boat trip to the nearby Bolshoy Zayatsky Island, today a place shrouded in myth and mystery. Explore the well preserved mossy stone labyrinths built 2,500 years ago and reflect on the fact that these remain, but yet there is no trace of the fact that the island was used for female solitary confinement during the GULAG era.

The climate here is fairly severe resulting in little vegetation other than moss and low growing shrubs. Dress warm both for the boat here and back and for the windswept terrain. (B)

Day 7: Solovetsky Islands – Overnight train
Return to Kem again by ferry and transfer back to the train station. Our next overnight train journey takes us to the world’s largest Arctic city – Murmansk. (B)

Day 8: Murmansk
Arrive in Murmansk this morning. After checking in to our hotel it’s time to head out to explore on a city tour. Murmansk is often referred to as a ‘hero city’, and today’s guided walking trip will highlight its role in the Great Patriotic War (World War II). Begin with a visit to the Alyosha monument, dedicated to the Soviet soldiers, sailors and airmen who fought so valiantly to defend their country. Continue to the angular Lighthouse monument, housing a memorial hall dedicated to sailors lost at sea. Check out another monument, this time for Kirill and Mefodiy, credited as the creators of the Cyrillic alphabet. Lastly, ascend to a lookout point with sweeping views over the city.

Day 9: Teriberka – Murmansk
Take a day trip to Teriberka, an Arctic fishing town situated on the northern coast by the Barents Sea. Travel along rough roads through tundra before arriving at the town. While the adventure may be bumpy and long, the experience of seeing this half abandoned town offers a real life historical view of the rise and fall of provincial life in this isolated, challenging part of the world. Perhaps stop in at the local ship “graveyard”, where old wooden boats can still be seen sitting in clear view of the houses across the river. For any movie buffs on the trip – Andrey Zvyagintsev’s Golden Globe winning film Leviathan was shot here in 2014. Lunch is included during our visit here. Return to Murmask for the evening. (B, L)

Day 10: Yaroslavl
Embark on a lengthy day of travel today to take us back to the “mainland”. First a flight from Murmansk to Moscow and then private transport to Yaroslavl, one of Russia’s famed “Golden Ring” of former ancient capitals.  Yaroslavl is situated on the banks of the Volga river and is the largest city of the Golden Ring. It boasts some impressive buildings in the country, retaining many beautiful old structures that date back to the 17th, 18th and 19th centuries. As a result, much of Yaroslavl has officially made it onto the UNESCO World Heritage list. (B)

Day 11: Yaroslavl
Yaroslavl is a goldmine of architectural wonders and the best way to experience them is on a guided walking tour. See the Church of St. Elijah the Prophet, regarded as one of the best-preserved monuments of Yaroslavl. Finish up the walk by wandering along the riverbank, taking in views of the city and the surrounding landscape.  The rest of the day is free to explore on your own. (B)

Day 12: Sergiev Posad – Moscow
Depart from Yaroslavl this morning and stop off at one more Golden Ring town – this time Sergiev Posad and see the beautiful UNESCO World Heritage-listed Trinity Lavra – it’s an impressive piece of Russian Orthodox history to be sure. Enjoy lunch at the monastery and then travel onward to Moscow.   Check into our centrally located Moscow hotel and rest up for another intense day of sightseeing tomorrow. (B, L)

Day 13: Moscow
This great city has survived centuries of revolution and seen Russia through some of its most turbulent years, from tsardom to communism, to today’s contemporary society. Central Moscow may be modern in parts, but its fascinating, historic heart hosts a wealth of sights to see.

Today is our final day as a group and there is so much in Moscow to see that we highly recommend staying a few extra days.  Enjoy a final optional group dinner with your fellow travellers tonight. (B)

Day 14: Moscow
The adventures through Russia come to a close today after breakfast.  (B)