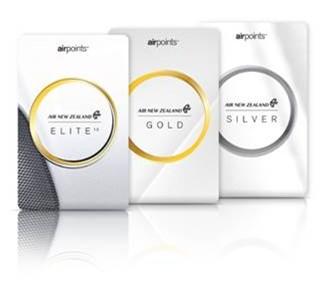 Fly to Europe as an Air NZ Airpoints member

At Discover Travel, we receive a lot of queries from Air New Zealand Airpoints members wanting to fly to Europe, but unsure about various aspects of their booking. Air NZ are a great airline to fly with, and their marketing is very effective but it can sometimes imply that they fly everywhere in Europe and almost anything is possible, which can create confusion.

Here’s a list of the 10 most ‘Frequently Asked Questions’ to help out.

This one is easy – if not stopping – only to London, and only via Los Angeles! Since Air NZ withdrew their Hong Kong to London route, this is now the only way to go straight through to Europe on Air NZ. While you can certainly get as far as Asia or North America on Air NZ, any other combination of stopover/transit point or destination will involve flying on a partner airline for some of the journey.

For example, flying directly into Paris from Hong Kong would involve an onward flight on Air France or Cathay Pacific. From other transit points, you might be on All Nippon, JAL, China Southern, Air China or Air Tahiti depending on the route!

Or flying directly into Rome from Hong Kong will involve an onward flight on Cathay Pacific; from other transit points, you might be on Alitalia, China Southern, Thai Airways or Air Canada.

It’s the same principle to fly to the other main European hubs like Amsterdam, Frankfurt, Istanbul, Athens, Zurich, Madrid, Moscow or Milan – you’ll be flying onwards with another carrier, and it’s worth noting that not all of these partner airlines are Star Alliance carriers.

And if you want to stop in either Buenos Aires or Houston enroute to Europe, that can be done but only by flying onwards with Lufthansa to Frankfurt only.

2. I want to fly Air NZ all the way to London, so how can I get to the rest of Europe?

Air NZ do offer add-ons from London at a reasonable cost to many other points in Europe. Some are fellow Star Alliance carriers (Aegean, LOT Polish, Austrian, Croatian, Turkish, TAP Portugal, Sabena Brussels, SAS) and some are not (Air France, Finnair, Alitalia, KLM, Qatar, Virgin).

3. How many Airpoints Dollars will I accrue flying to Europe?

The earning charts on Air NZ flights is here. For example, the cheapest special return economy fare to London flying via LA both ways would earn 134 Airpoints Dollars, while a Premium Economy return fare on the same route would earn 336 Airpoints Dollars.

4. I need to earn Status Points to retain my Elite Status – how do I do that?

5. I’m a Koru Member, how do I get lounge access for as much of the journey as possible?

You should fly Air NZ via Los Angeles to London. Lounge access is only when travelling on Air New Zealand operated and ticketed flights. So, if you fly via Hong Kong, the onward flight to London is operated by Cathay Pacific, British Airways or Virgin Atlantic – no lounge access! Also, lounge access is not available to Koru members when travelling on a flight operated by another Star Alliance carrier as the Koru program is not a Star Alliance product. Also, currently members can not bring guests to partner lounges in London, Vancouver, Hong Kong, Shanghai, Tokyo and Osaka. The rules are here.

6. I’m an Airpoints member – can I get lounge access when flying with a Star Alliance partner like Singapore Airlines?

Yes, but only if you are Elite or Gold member!

7. How do I Upgrade my flights using ‘OneUp’, ‘Elite Airpoints Dollar Upgrades’ or ‘Recognition Upgrades’ ?

OK, these Air New Zealand Upgrades are only available on Air New Zealand ticketed and operated flights, not on partner airlines – so if flying straight through, again that’s only via Los Angeles to London. If stopping, you can upgrade on the leg from NZ to Asia (Hong Kong, Shanghai, Tokyo, Osaka) or NZ to North America (LA, San Francisco, Vancouver). More information can be found here.

8. How do I upgrade a Singapore Airlines operated flight using my Airpoints Dollars?

9. How can I fly Premium Economy all the way to Europe?

Either by flying on Air NZ via LA to London OR by flying Air NZ on the first leg to Asia/North America and then with a partner airline that offers this ‘mid’ class on the second half of the journey. The good news is that at present, Virgin Atlantic, Air France, Cathay Pacific, British Airways & Turkish Airlines all offer this.

The Economy Skycouch is only available on 777-300 long-haul services, flying daily between Auckland, Los Angeles and London.