Bhutan can boast a truly unique and carefully protected history and culture with gentle people whose culture and traditions are deeply rooted in the Buddhist principles. Listen to the Buddhist monks chanting ancient prayers in a monastery or observe a … Continue reading →

The Jewel of Sri Lanka by Discover Travel

"Sri Lanka truly is an amazing little jewel of a country with something to offer everyone.  With a history and culture spanning over 2000 years, the numerous UNESO listed heritage sites will satisfy the history buff, there is a huge … Continue reading →"

We love India especially in the cooler months of Oct/Nov and Feb-March, and private group trips are becoming popular here, partly perhaps of the success of the lovely (and very funny) recent film ‘The Best Exotic Marigold Hotel’!

We’re tipping Sri Lanka to be the next big Asian destination for Kiwis – and it has the benefit of being a year round destination.

Formerly known as Ceylon, this teardrop shaped island has something for everyone; history, scenery, wildlife and beaches. Here are some of the ‘must do’s’ :

When to go  – Sri Lanka is a year round destination

And then there’s our old favourite – the Himalaya – we’ve been arranging treks in Nepal & India for decades, and Bhutan a little more more recently. We know the tour operators very well and love nothing more than to get the maps out and to discuss the different route options with our clients.

Families – Nepal is becoming more popular with families; start in Pokhara then embark on a short Annapurna trek; combined with a safari in Chitwan it’s a great family holiday with lots to see and do for the kids.

When to go – You are going because you want to see the mountains; so the best times for this are March/April and October/November. It can be very chilly at altitude at these times but you will be well prepared for the weather & destination! 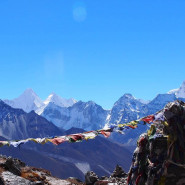 The ultimate trek to the best vantage points of the Everest region. This challenging trek will more than satisfy the ambitious trekker intent on crossing high passes without the commitment of any technical climbing. Heading towards Everest we cross the … Continue reading → 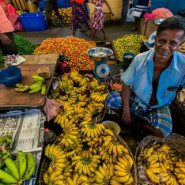 Trek the enchanting terrain of the Teardrop Isle Venture off the tourist trail and uncover the raw beauty of Sri Lankan paradise on this heart-pumping, soul-warming, active adventure that takes you behind the scenes of this irresistible island. Trek deep … Continue reading → 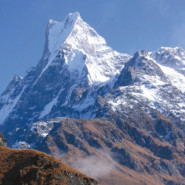 Combine a trek in Annapurna with a wildlife safari This adventure is a fine contrast between trekking the remote foothills of the Annapurna’s and a safari in the vicinity of Chitwan. Trek through traditional Hindu villages and pristine forests to … Continue reading → 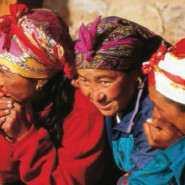 Marvel at an amphitheatre of dramatic peaks & glaciers Annapurna is the 10th highest peak in the world. It was the first 8000 metre peak ever summitted, in June 1950 by a French expedition led by Maurice Herzog. The tale … Continue reading → 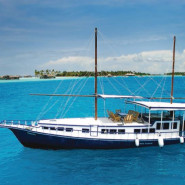 Cruise aboard atmospheric vessels in this tropical paradise Maldivian crew will accompany you as you cruise the coral reefs in the translucent waters of the Maldives. During the day there is ample time to swim and snorkel and cruise between … Continue reading →

Bhutan can boast a truly unique and carefully protected history and culture with gentle people whose culture and traditions are deeply rooted in the Buddhist principles. Listen to the Buddhist monks chanting ancient prayers in a monastery or observe a … Continue reading →

Embark on a journey of extremes, striking across the starkly beautiful landscapes of Tibet, on the roof of the world. Then discover the verdant and chaotic valleys of Nepal under the ever watchful gaze of the mighty Himalayas. Itinerary Days … Continue reading → 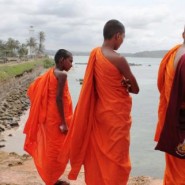 Adventure through the foothills of the one and only Mount Everest Embark on an unforgettable Everest adventure that makes no compromise on creature comforts. This new and unique itinerary combines the thrills of Nepal trekking with the very best available … Continue reading →

Experience the diversity of Nepal from Kathmandu to Pokhara and Chitwan National Park This adventure encompasses much of what makes Nepal so beloved by travellers. Whether you’re exploring the exotic capital of Kathmandu, discovering Pokhara, beneath awe-inspiring snow-capped peaks, or … Continue reading →

Discover Sri Lanka’s famous cultural triangle and visit the rock fortress of Sigiriya, the exquisite Dambulla cave temple and the historic Temple of the Tooth in Kandy. Add a scenic train trip through the verdant tea plantations and spot wildlife … Continue reading →

Lush and tropical, southern India is inspiring and delightful. Beneath the green shade of a coastal paradise, meet with locals in their fishing villages and tribal homes. Join them in the bazaars, on buses and boats or even on pilgrimage … Continue reading →

Embark on a unique, fun, culture-rich tour of Sri Lanka. A jewel in the Indian Ocean, Sri Lanka is jam-packed with ancient sites, fascinating culture, beautiful wilderness and idyllic beaches. From ancient Anuradhapura city and the well-preserved Polonnaruwa ruins, to … Continue reading →