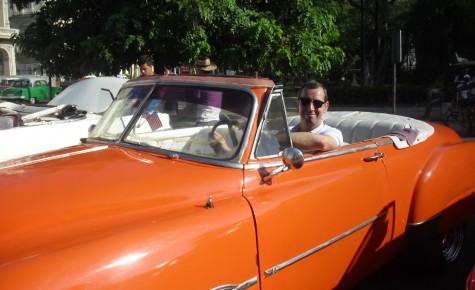 "Buenos Aires is a fantastic City in which to spend a few days. The cosmopolitan capital of Argentina is rich in history and culture, displays an eclectic mix of Architectural Styles and is home to several iconic neighbourhoods just waiting … Continue reading →"

Cuba’s hot, but how do I get there?

Cuba has certainly been a ‘hot’ destination; especially during the last years of the Obama administration. With the thawing of diplomatic relations and resumption of direct American scheduled flights, demand surged. However, these friendlier relations have been rolled back by the Trump administration and it’s still classed as a ‘sanctioned’ country. There is plenty of confusion on how to get there as it’s not quite as straightforward as other destinations.

Can I travel direct from the USA?

Not really! There are direct scheduled flights (from Oct 2019 now only to Havana), but you probably won’t meet the criteria so we don’t recommend it. The current American government, as part of its ongoing economic embargo of Cuba’s socialist government, announced in June 2019 new rules for Americans traveling to Cuba, which included a ban on cruise ships. It also eliminated one of the 12 categories under which travel to the island has been allowed, the educational and cultural trips known as “people to people” trips. However, Americans can still visit the island under the “support for Cuban people” category, either independently or on an accompanied tour. That category requires you to spend money at Cuban-owned businesses throughout your trip, something you are certain to do, even without trying. It’s unclear what this means for NZ citizens though, so we wouldn’t recommend risking this option in case you are denied boarding.

CUBAN TOURIST CARDS For entry via any other country than the USA, you will need a Cuban tourist card which is green in colour.

When entering Cuba directly from USA you will need a special Tourist Card (which is pink in colour). This visa can only be purchased through your chosen airline and cannot be purchased in NZ prior to travel. •Each airline flying from USA to Cuba has a different process and price in which to obtain the pink visa. The cost of PINK visas range between USD$50-110 per person, subject to change. Travellers flying directly from the USA to Cuba will also be provided an affidavit from the airline to sign outlining their purpose of travel to Cuba.

The USA via Mexico Route

This has traditionally been the most cost-effective way to get from NZ to Cuba. You can fly from NZ via Los Angeles to either Mexico City or Cancun, although there’s usually a long transit or overnight in LA in at least one direction.

Due to the continuing US/Cuban embargo, you can’t buy a through-ticket from NZ to Havana via the US, so the Mexico-Havana-Mexico flights must be done as a side-trip on Aeromexico or Cubana. This route works well if you are combining Cuba with Mexico or Central America (Belize/Guatemala) as you’d use Cancun as the ‘jumping off point’. We’d envisage the total combined airfare from NZ to Havana return to be approx $3200, but it could be a little less if there are USA specials, or more if going in high season (June-Aug or Dec/Jan)

This is a good option if you are keen to combine Cuba with Peru, as LATAM fly from Auckland to Santiago 4 x per week and from Santiago via Lima to Havana daily.You need to spend the afternoon and night in Santiago on the way out, but there’s a nice airport hotel right by the terminal, and stopovers are allowed in Lima also – ideal if you’d like to take a sidetrip to Cuzco and then onto Machu Picchu. Airfares usually start around $2800 if you avoid Xmas or from $3600 if travelling in Dec/Jan but you do need to book well in advance for travel in high season (June-July and Dec/Jan).

There are regular scheduled flights to Havana from Toronto, Panama City, San Jose (Costa Rica), Bogota (Colombia), Caracas (Venezuala),Quito (Ecuador) and Grand Cayman but these routes are usually much pricier for NZ travellers than the Mexico or Santiago/Lima routes.

Stop in Cuba en-route to Europe?

We’re increasingly being asked if you can stop in Cuba on the way to Europe. This is most cost-effectively done on a Swiss ticket as they allow you to fly Air NZ to LA or Houston, then you can buy a separate ticket to Havana (approx $400) with Alaskan or United Airlines. Swiss (actually their subsidiary Edelweiss Air) fly from Havana via Zurich to most points in Europe. Fares including the USA-Cuba hop from $2300 + taxes.