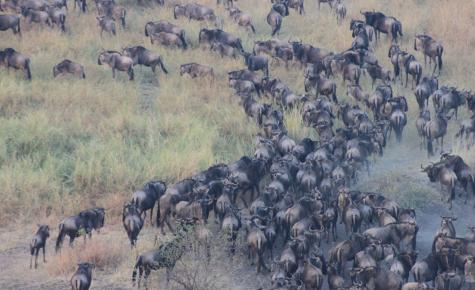 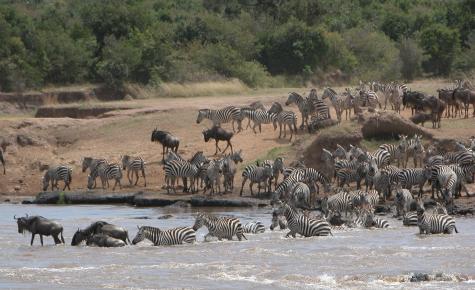 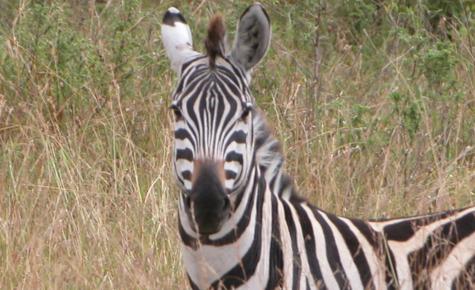 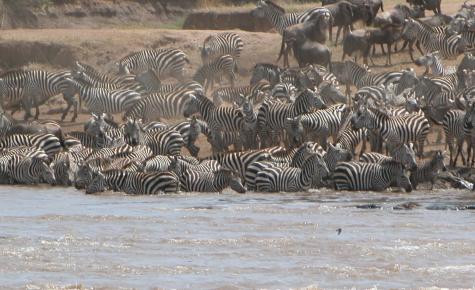 The Great Migration is amazing – perhaps Africa’s single most extraordinary sight, as huge numbers of wildebeest and zebra move in a year-round cycle amid the plains of the Masai and Serengeti, accompanied of course by predators.   View the Migration Map here.

The cycle starts in late Jan/early February in the Southern Serengeti when wildebeest babies are born – thousands of calves popping out at pretty much the same time.

From May to June, the Migration then heads through the Serengeti following two paths – northwest along the ‘Western Corridor’ or north straight into the Masai Mara.

In July the Migration starts to arrive in the Masai Mara, – this process continues throughout August and September as the migration moves around the Mara. If you are lucky you may even see the once-in-a-lifetime spectacle of thousands of wildebeest and zebra splashing their way across the swollen Mara River where huge Nile crocodiles lie in wait.

From mid October to November the migration heads south through the Serengeti, and from December to April spreads out over the Southern Serengeti and the west of the Ngorogoro Conservation area. 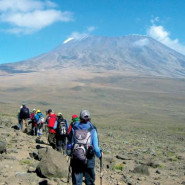 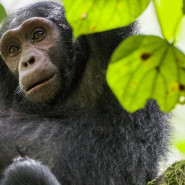 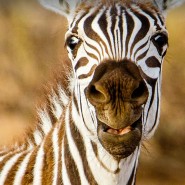 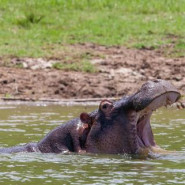