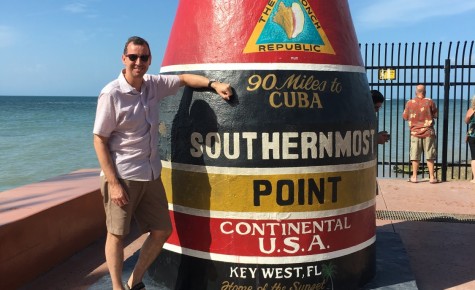 Florida had been on my hit list for 30 years, ever since I ran out of money whilst backpacking in America in the summer of 1986 and had to fly home from New York instead of Miami. As a result of this i was more than happy when the opportunity arose in September this year to do an 8 day Cosmos coach tour of Florida.

Inclement weather on my way to Florida meant that I didn’t have any time in Orlando but I think I will save that for a family trip. First stop was Saint Augustine, the oldest continuous settlement in the USA, the history was fascinating and I loved the toy train tour and the walk around this city. It was during this stop that I first heard the name Henry Flagler, a recurring theme on this trip and somebody that we all really should know more about (https://en.wikipedia.org/wiki/Henry_Flagler). Fom St Augustine it was on to Cape Canaveral and the highlight of my trip, the Kennedy Space Centre.

We had a day here and I could have spent 2, both the Space Shuttle and Apollo exhibits were fantastic and all the other attractions made for an incredibly interesting day.

Next stop was Fort Lauderdale for a bit of Beach time as well as a visit to Miami and the Iconic South Beach district with all its wonderfully restored art deco hotels and buildings.

Key West was our next destination, this was an area where Henry Flagler really came into  his own, and somewhere I had always wanted visit thanks to one person in particular, a certain Mr Ernest Hemmingway.

Over the years I have taken great pleasure in visiting most of Hemingway’s favourite drinking haunts throughout mainland,Europe, Africa and Cuba; I have run the bulls in Pamplona twice and even went big game fishing in the caribbean, all in homage to Ernest. As a result, Key West was on my list to enable me to visit his home and drink is his favourite pub, Sloppy Joes. 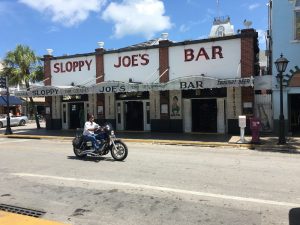 e guided tour of his home was excellent and as you would expect, the tour guide was very passionate about all things Hemmingway, as for Sloppy Joes, this place was still going strong and doing its raucous best to make Ernest proud.

From Key West it was back to the mainland and we were nearing the end of our tour but not without one more adventure, an air boat ride alligator spotting in the Everglades.

Who would have thought that in Florida there was so much to see and do and such diverse experiences to be had, all without a theme park in sight!

On this fascinating and moving tour of the USA’s most iconic Revolutionary and Civil War towns, landmarks and battlefields, we’ll travel back in time to trace the footsteps of the brave soldiers who fought and died, both for their country … Continue reading →