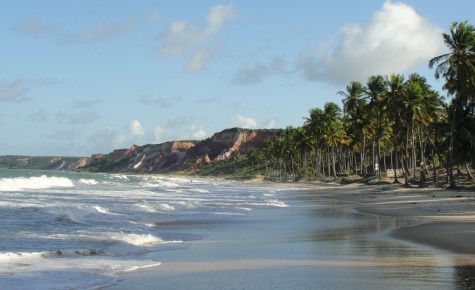 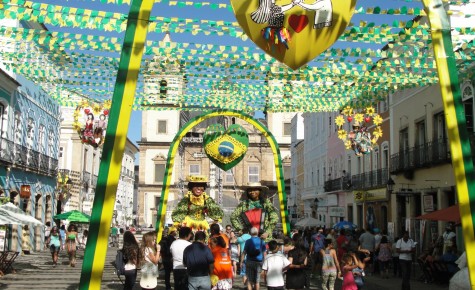 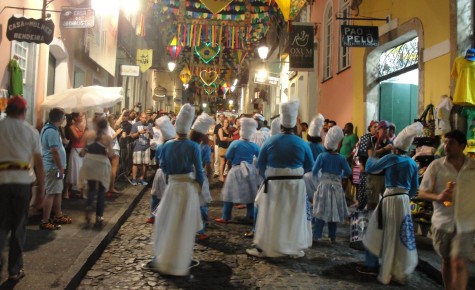 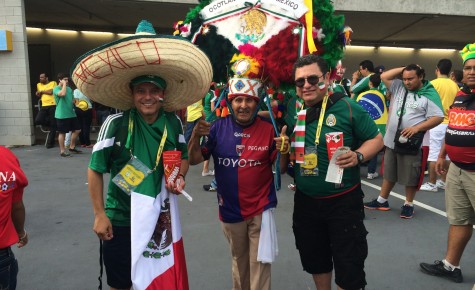 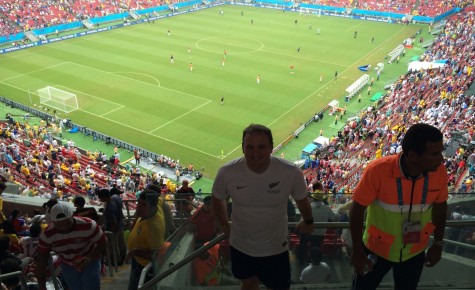 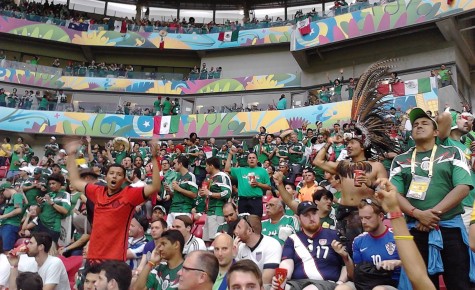 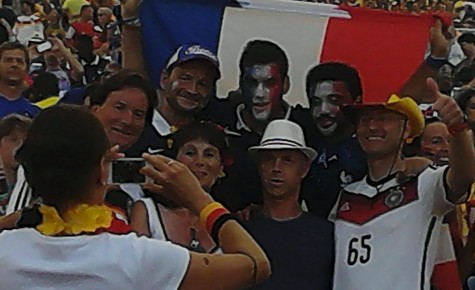 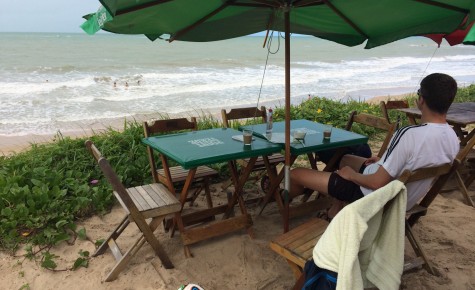 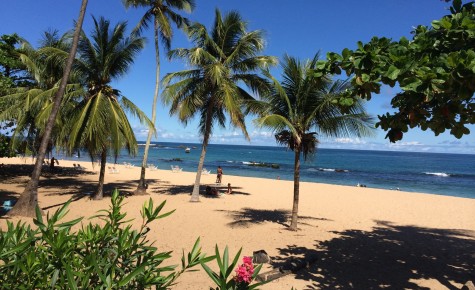 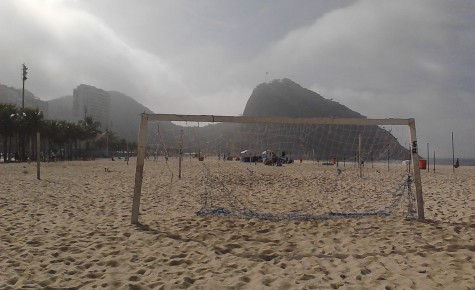 Travelling around Brazil during a Soccer World Cup!

I’ve just spent 3 weeks travelling throughout Brazil during the 2014 FIFA Soccer World Cup and it’s been an extraordinary experience – a high speed whirl of travel & football (we saw 8 games in 5 venues), and I was very sad to leave with so much left to discover in this amazing country! The highlights were the time we spent at Iguassu Falls, the Pantanal, Salvador and the beaches of the North East coast, Paraty and of course, Rio!

It’s such a big country that flying within Brazil is essential and this experience was excellent; we took 6 domestic flights in total on the three local carriers – GOL, Azul and TAM. Every flight was on time, the airports (apart from Rio’s international airport) are all very new and efficiently run and Azul get my vote as World’s Best Airline as they showed live World Cup matches during the flights on seat back TV’s! It’s quite funny listening to a plane load of people oohing and aahing and shouting ‘goal!’. At ‘normal’ times (when the World’s second biggest sporting event isn’t on!) there’s a Brazilian Airpass with TAM that represents decent value for money.

Driving in the North East of Brazil, between Recife and Natal was a little more hair-raising though, not least of which because the car hire companies insist on the equivalent of a NZ$2000 damage/theft excess that can’t be reduced – even for our little Fiat hatchback; so it’s important you have good travel insurance to cover this. The roads vary from OK to awful, with several sections of the main North-South highway BR-101 badly potholed, especially near the city of Recife. This area gets huge rainfall in the wet months and without proper sealing the tarmac gets cracked and disintegrates in the high temperatures and heavy rain, so the road literally collapses around the sides – there are no curbs or pavements here! Add in slightly mad drivers (indicators and functioning lights appear to be optional), horses, donkeys, oxen and people wandering on the hard shoulder at night and an odd system whereby traffic turning off the highway has to move into the fast lane first to get into the slip road for turning, and you have to keep your wits about you!

We safely dropped off our rental car in Recife without incident, although the car hire company rep ensured we had a memorable last 10 minutes trying to avoid a hefty insurance claim for damage to the vehicle by driving like a latter day Ayrton Senna, weaving through traffic at breakneck speeds to their depot as we tried to keep up with him. “Follow that car!” It was like a scene from a cop show, only with better weather and more glamorous looking locals.

Probably the best thing about attending a World Cup is meeting people from all over the world. We saw 14 different teams play, but on our travels we chatted to people from just about every country represented and plenty more who were not, including many Canadians! As was remarked on in the media, the USA fans were everywhere and were brilliant good-natured supporters of their team.

Brazilians are utterly obsessed by football – every TV is tuned to the games and it’s the only topic of conversation. They were incredibly friendly and hospitable and are always helping out lost and confused visitors. However the social issues here are pretty desperate and there’s also much resentment about the huge cost of staging the World Cup. Aside from the huge infrastructure work required we saw the favelas and heard about the state of public services; there’s a general election here in October 2014 so will be interesting to see what happens. And then they are doing it all again for the Olympics in 2016!

It was a fabulous trip, a real privilege to be there at such a fun time and Brazil were great hosts. The pre-tournament scares of traffic and stadium chaos and rampant crime didn’t materialise at all and with a huge security presence at the host cities we never felt unsafe at any time. We were probably overly cautious at times because of the country’s reputation, but better safe etc. Also, there’s a myth that Brazil is expensive, and of course our hotels and flights were at inflated rates at this time, but the cost of living is much cheaper than NZ (mind you, pretty much everywhere is cheaper than NZ at present!), especially in the North East, and we ate, drank and travelled very cheaply. I’ve learned a huge amount in 3 weeks, even a little Portugese, and would have no hesitation in recommending people to visit.