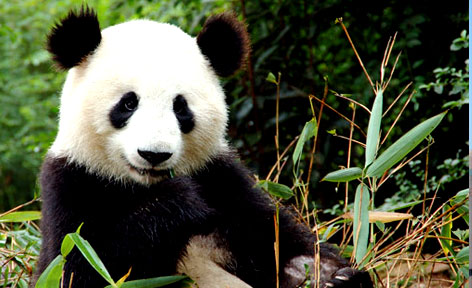 “Of all my trips to China, the last one was the best as I finally got to Tibet and visited the Potala Palace in Lhasa.”

Some travellers only explore the major cities of China – Beijing, Shanghai and Hong Kong,  as part of a stopover. With thousands of years of history and so many astonishing monuments and UNESCO World Heritage sites – there is so much more to see and do in China.  Get away from the crowds amongst Guilin’s fantastic limestone hills, and watch fishermen on bamboo rafts. Imagine ancient history in Xian’s Terracotta Army, buried for 2000 years. Admire Beijing’s palaces and temples, as bright now as when they were built 600 years ago and marvel at Shanghai’s futuristic skyline from the colonial Bund. Walk the Great Wall on a day trip from Beijing and on the Yangtze, cruise to the massive Three Gorges Dam, an engineering marvel.  Wildlife lovers will have ample opportunity to see Pandas at the many zoos or spend a bit more time at the Panda Breeding Centre in Chengdu. You need a visa to visit China, although there’s now the option of ‘transit’ visas on arrival for short stays in Shanghai, Beijing & Guangzhou – ask us for details!

Tibet – the gateway to Everest. The train across the Roof of the World whisks travellers in 21st century comfort over the world’s highest railway pass to Tibet, home of Lapsang Souchong tea, the holiest Buddhist temple of all and Potala Palace: each, in its own way, sublime.

Mongolia – not just ger’s and yaks! From snow-capped mountains, through the huge, harsh and desolate landscape of the Gobi, to traditional pasturelands where nomads follow both herds of horses and an age-old way of life, Mongolia is full of unforgettable sights and experiences.  It’s not called the Land of Blue Skies for nothing, so make the most of it. Trek on a woolly camel through the dunes and salt lakes of the Gobi, stay in a felt ger with a Mongol family, drift down the Yellow River on a sheepskin raft. Feeling brave? Knock back an airag: fermented mare’s milk. Or try marmot cooked on hot rocks, and earn a hangi story to beat them all! Time your trip to co-incide with the Nadaam Festival in July.

Trans Siberian – For an epic journey from Beijing to Moscow across the top of the world,  nearly 9000 kilometres of clackety-clack, enough to satisfy the most passionate railway buff. Drink hot tea from a glass in a silver holder and head to Ulaanbaatar, past Lake Baikal, Irkutsk, Volga and into Siberia and the Urals before arriving into Moscow – the end of the world’s longest railway.

Discover one of Asia’s most under-explored regions on a two-week adventure through Mongolia. Walk through the remote and mysterious Erdene Zhu monastery with a Lama Buddhist monk; visit the dramatic Flaming Cliffs, a world-renowned paleontology site famous for its amount … Continue reading →

Embark on a journey of extremes, striking across the starkly beautiful landscapes of Tibet, on the roof of the world. Then discover the verdant and chaotic valleys of Nepal under the ever watchful gaze of the mighty Himalayas. Itinerary Days … Continue reading →

This tour through China has everything you could want in a China holiday: visits to ancient sites, thrilling experiences, opportunities to learn about the culture, authentic cuisine, and more. Start in Beijing, end in Shanghai, and overnight along the way … Continue reading →