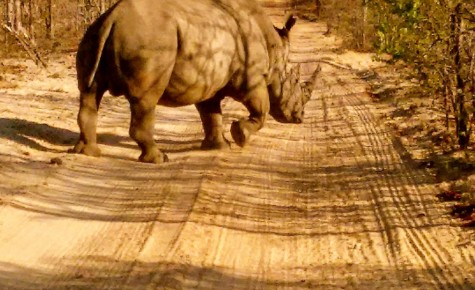 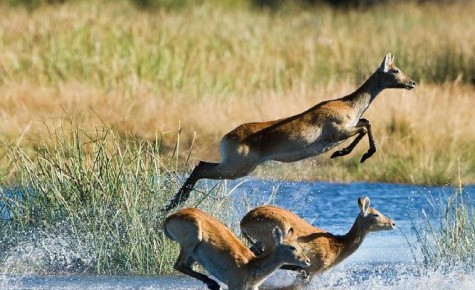 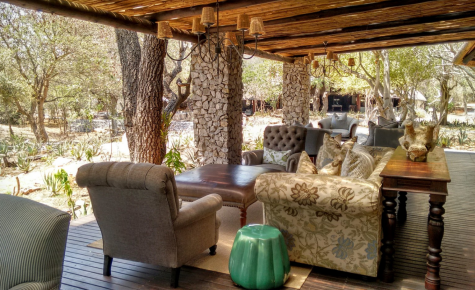 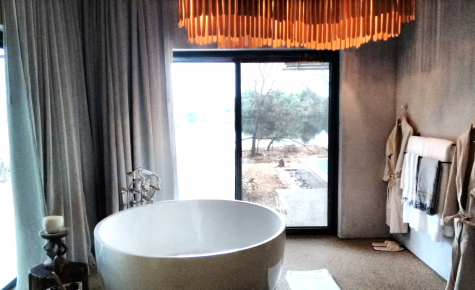 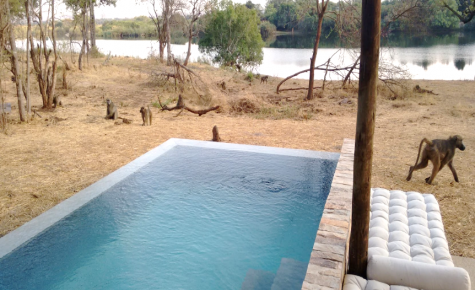 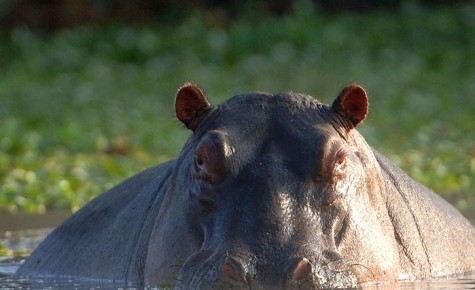 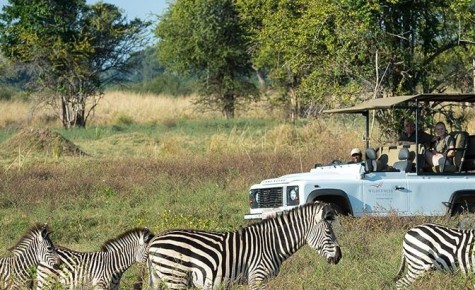 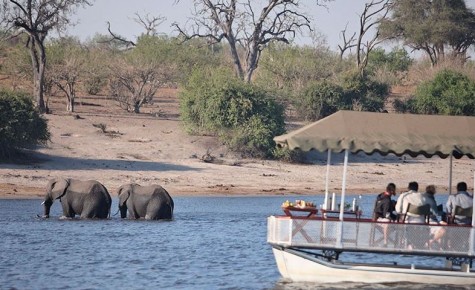 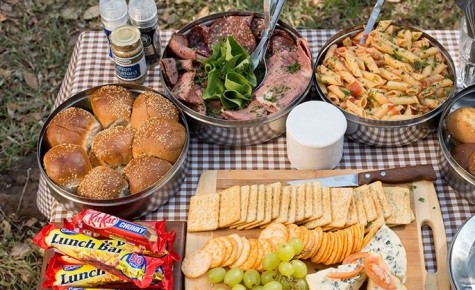 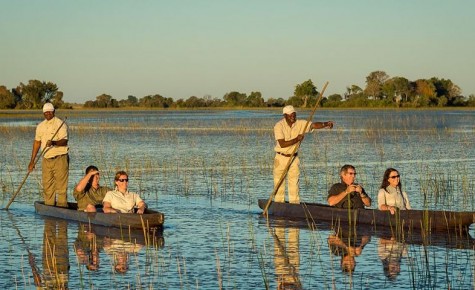 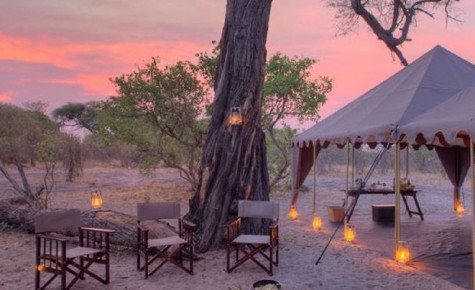 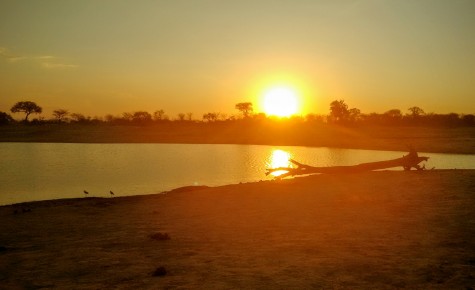 22-day Small Group Escorted Tour, 9 June-2 July 2023  $32,995 per person, twin-share, $35,495 per person Single. SPACE FOR 2 COUPLES LEFT  Namibia is an absolute must for the keen photographer. The country is a kaleidoscope of colour, begging to … Continue reading →

Beyond the Wild in Africa

Home  ›  Travel Journals  ›  Beyond the Wild in Africa

“I never knew of a morning in Africa when I woke up that I was not happy.” Ernest Hemingway

Mighty white rhino crossing your path within minutes of your first game drive; elephants displaying their fine motor skills plucking leaves from the thorny branches of acacia trees; the tallest animal on earth, vulnerable to its prey as it stoops to drink water from the lake bends its long neck with effortless grace – observing animals in their natural habitat is the essence of a safari and an experience which enthrals you, time and again.

The element of the unknown and the serenity of the savannah is an exhilarating, rejuvenating and gratifying combination. One safari is hardly ever enough. So what is it about being on safari that turns a moment of adventure into an addiction?

If it is not the endless theatre of wildlife in natural surrounds, it might be the soulful connection you feel to the bush. If not this, then possibly the simplicity and romance of a tented camp safari, or the touches of splendour and sense of indulgence of staying in a luxury lodge, which entice you to return for more. It could be the opportunity for learning – nature’s an inspiring teacher. I think it is a little bit of it all, for me. Having spent two weeks in various camps and lodges across South Africa, Zimbabwe and Botswana, I find myself now remembering not only the bounties of nature, but also the things I least expected to experience on safari. Here are a few of my favourites.

Dinners to Remember
If there is one word you’ll remember from your safari – it’s ‘boma’. Traditionally a small enclosure used to house livestock – on safari it is your open-air dining room. Torch candles light the way to elegantly decked tables arranged around a roaring fireplace, and beating drums beckon you to enter the boma for what promises to be an unforgettable dining experience. An array of delicious cuisine is presented to suit all, the speciality being venison, but the ambience of dining under a canopy of stars to the faint murmur of the wild, is a memory that lingers well beyond the feast.

Walking Safari
Tiered seating in an open vehicle means everyone gets a window seat and there is nothing between you and the wilderness. Capturing that moment easily on camera and watching wildlife from a comfortable distance make road safaris the popular way to spot game. But a walking safari connects you to the earth, puts you on the path that elephants have walked, touching the footprints of lion, leopard and buffalo. Smells seem stronger, sounds are clearer to hear. Your armed guide is knowledgeable, passionate and ensures you won’t miss the tiniest of detail. Escaping the confines of your vehicle and immersing yourself on foot opens up a new perspective to being in the wild.

Meandering on a Mokoro
There is something soothing about the sound of water gently lapping at the side of your dug-out canoe, or mokoro, as you meander quietly through the waterways of the Okavango Delta. Welcomed cool breezes brush your face as you glide past flowering water lilies and bull rushes, home to the Painted Reed Frog. Not much bigger than my thumbnail, wrapped in mottled skin and nicknamed the leopard of the Delta, this frog is one of the noisiest creatures to inhabit the wild, disturbingly so! Skillful guides or ‘polers’ navigate their way through lanes of water, not much bigger than the mokoro itself, ever alert to what lies beneath or between the rushes. My heart rate quickened being so close to whatever I could not see but could certainly hear – hippos grunting and splashing… or was that perhaps a crocodile? Yikes!

Fab Five
I can’t believe I witnessed the Big Five within hours of game-driving. Despite their starring roles, so spoilt was I that these many sightings gave rise to my very own ‘Fab Five’ – little and large creatures in a supporting role on nature’s wild stage that were an unexpected delight.

Sunsets and Sundowners
Nothing beats wrapping up a swelteringly hot day under African skies with a cold drink in your hand, the sun setting against a backdrop of flat-top acacia and prehistoric baobab trees, recalling the A-Z of wildlife you have witnessed that day. At Victoria Falls this takes place in a characterful boat along the Zambezi River, a chance to spot spectacular birds and semi-aquatic animals like hippos and crocodiles. ‘Sundowners’ are a time-honoured tradition on safari. The bar is stocked with everyone’s favourites, the popular choice – gin and tonic – has been drunk since colonial times largely due to its mosquito repelling qualities of the quinine in the tonic water, so in keeping with the doctor’s orders, it would have been rude not to partake! The snacks are quite delicious too – if you’ve not yet tried the salty, cured meat called biltong, it is sure to be offered as an accompaniment, an acquired taste I found hard to resist.

Photographing the Panorama
The Okavango Delta is visible from space – it’s enormous. The only way to get any real perspective is to view it from above. Flying by helicopter over the floodplains not only enables you to take in something of the vast, winding waterway’s size, but also capture the panorama on film from varying heights. At one point during the flight we flew so low that the pilot remarked that we were close enough to kiss the tree-tops, akin to the view a giraffe might have. Undisturbed by the aircraft, viewing animals freely from above offers fantastic photographic opportunities, exposes you to otherwise inaccessible areas and is something of a thrill as you sit fastened into the seat of your open-sided aircraft.

Once Were Hunters
Few African countries can boast of their achievements in wildlife conservation, Botswana is arguably a world leader. Successful banning of trophy hunting has seen Botswana’s previously declining populations of gemsbok, wildebeest, giraffe, and zebra recover positively. One of the few remaining safe havens for wildlife in the world, relocation projects continue to protect and increase rhinos, creating a more robust future for these majestic animals.

The main reason I set off on safari was to observe wildlife in its natural habitat. The unexpected exhilaration I felt of being in the wilderness has kicked off an obsession – I’ve been bitten by the African bug and must return. 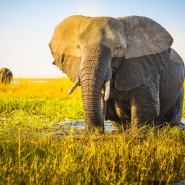 22-day Small Group Escorted Tour, 9 June-2 July 2023  $32,995 per person, twin-share, $35,495 per person Single. SPACE FOR 2 COUPLES LEFT  Namibia is an absolute must for the keen photographer. The country is a kaleidoscope of colour, begging to … Continue reading → 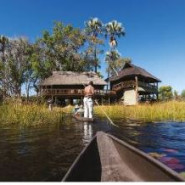 Travelling in a comfortable, custom-built safari vehicle and staying in well-appointed accommodation with plenty of local charm, this journey offers an abundance of stunning scenery, unique wildlife and cultural encounters. The vastness of both Namibia and Botswana become apparent with … Continue reading → 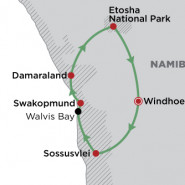 An active, exciting adventure exploring the iconic areas of this vast country – its dunes, deserts, plains and superb wildlife – enhanced by camp accommodation in private reserves and concessions. Activities are varied and include the likes of scenic walks … Continue reading → 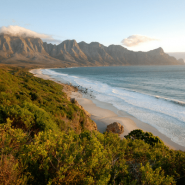 The Rainbow Route is an overview tour of South Africa including neighbouring Kingdom of Swaziland. The tour covers many highlights with a strong focus on the national parks. This diverse country is explored over great distances that may involve long … Continue reading → 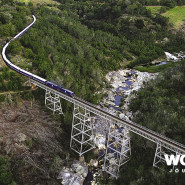 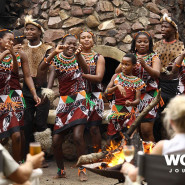 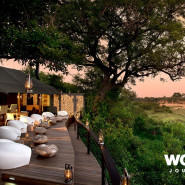 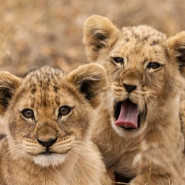 Experience the magical Kruger Park in style. Get a taste of one of the most famous game reserves in the world on this 4-day safari in Kruger National Park. Staying in a beautiful lodge just outside of the park, spend … Continue reading → 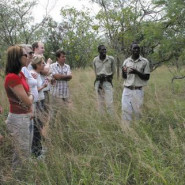 Uncover the wild heart of Kruger National Park on this short break adventure. Answer the call of the Kruger, South Africa’s vast and famous game park that is simply teeming with Africa’s most iconic creatures. This four-day safari puts you … Continue reading → 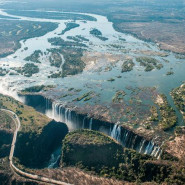 Explore Sub-Saharan Africa One of our most popular trips in southern Africa combining four spectacular countries – Zimbabwe, Botswana, Namibia and South Africa. In 24 days you’ll see a whole heap of wildlife and have plenty of time to soak … Continue reading → 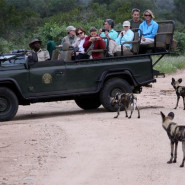 With boutique wineries, immense canyons, thriving game parks, bustling cities and ancient cultures, Southern Africa truly has it all. Never before have the highlights been quite so bright. Experience the best of Southern Africa from the windswept dunes of Namibia … Continue reading → 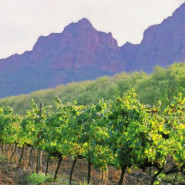 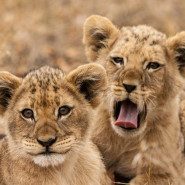 Delve into Southern Africa’s varied treasures, from its world-renowned wine region to its iconic safari landscapes and wildlife. Embark on an adventure of a lifetime as you journey across South Africa and Botswana to the region’s most iconic attractions. Travel … Continue reading → 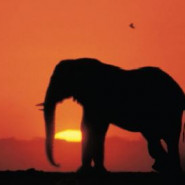 Explore the best of Botswana from the Kalahari to Chobe National Park plus Victoria Falls on a semi‑participation safari. This camping trip provides a complete overview of Botswana for those with an adventurous spirit looking to see the wild side … Continue reading →

Discover the wildlife and World Heritage waterways of Botswana. Containing in its borders the world’s largest salt pans, inland delta and number of elephants, Botswana has plenty to boast about. Taking in also Zimbabwe’s Victoria Falls and Namibia’s Zambezi region, … Continue reading →

We can tailor your safari with  exceptional Botswana lodges and camps. Include up to three destinations or spend more nights at one or two destinations: Chobe National Park, Savute National Park and the Okavango Delta. A wildlife enthusiast’s dream, Chobe … Continue reading →