Discover one of the oldest wine regions in Italy, the Prosecco Hills Just an hour’s drive north of Venice, in the foothills of the Dolomites, is one of the world’s best, yet largely undiscovered, wine regions. Here ancient terraced vineyards … Continue reading →

Every year around the world local delicacies and cuisines are celebrated! Heading to Europe? Then join in one of these which represent just a small taste of what is on offer…

Every May, for the past 21 years the village of Beaulieu-sur-Dordogne (the starting point for our leisurely walking holiday through the Villages of the Dordogne) holds its annual Strawberry Festival in May – La Fête de la Fraise.

Creysse, starting point for another fine walk through the timeless scenery of the Dordogne. Follow winding Paths to Rocamadour and arrive on Whit Sunday (27 May) and you can participate in this remarkable town’s annual Cheese Festival, which celebrates the ‘Cabecou de Rocamadour’ AOC goats’ cheese.

Nougat is probably not the first thing that comes to mind when you think of Sardinia, but visit during Easter and you’ll have the chance to join in the Sardinian Nougat Festival hosted by the town of Nouro, a few kilometres north of your hotel in Oliena, in Sardinia’s Dramatic North. This colourful festival celebrates the culture and customs of Sardinia, offering the chance to sample a variety of traditional sweets, while being entertained by local bands performing the authentic music of this fascinating island.

Greve in Chianti is a town in the province of Florence, Tuscany, Italy. Chianti Classico Wine Festival is held every year on second weekend of September and the preceding Thursday and Friday. Local merchants display their products, and wine tasting is offered for free. Olive Oil and local cheese is also available for tasting, served on fresh sliced Italian bread.  Juliet says.. Greve is home to some of our favourite Tuscan villas, so you will be in the perfect spot to enjoy the wine festival.

In the fishing community of O Grove, Galacia on Spain’s Western coast, seafood is a huge part of daily life. Head over in October for the Annual Seafood Festival, where 200,000 people join together to sample the pink meat of the nécora, (local crab) and stroll through the many stalls which have given the town a legendary name. See competitors for the lobster and turbot competitions, and smell the steaming clams and saffron muscles.

Remember the good ‘ol days running around the garden armed with a water pistol trying to soak your opponent? Well, let us acquaint you with this adult version. On St Pedro’s Day in Haro, La Rioja, northern Spain’s wine producing region, thousands of people take to the hills with water pistols loaded with red wine.

A relative new comer to the Spanish festival scene, La Tomatina, is perhaps the most infantile but fun festival out there. On the last Wednesday of August, the small town of Buñol in eastern Spain dissolves into the scene of the world’s greatest tomato fight.

At the Taste of Stockholm Festival you can delve into the region’s tastiest fare along with thousands of like minded food and drink enthusiasts. One of the largest events in Sweden, during the first week of June the downtown park Kungsträdgården is transformed into a cultural haven with culinary sensations and performances by well-known artists. Make sure to sample the delicious potato dumplings (kroppkaka), or for carnivores, sink your teeth into a traditional Smörgåsbord buffet of various meat dishes.

Carennac, is considered by many to be one of les plus beaux villages de France. On the first Monday in August the village holds its fête de la prûne dorée, or Greengage Festival, which dates back to the time of King François I.

After discovering The Castles of the Shropshire Marches, you reach the walls of Ludlow Castle. Inside you will be treated to the tastes, smells and sounds of the Ludlow Spring Festival in May which celebrates the area’s rich gastronomic and musical heritage. Passionate food producers selling locally produced artisan cheeses, farmhouse breads, spicy sausages and a vast array of tasty delicacies, vie for your attention among over 140 draught ales from across the Marches, to an eclectic soundtrack of jazz and blues, folk, gypsy and Latin rhythms. 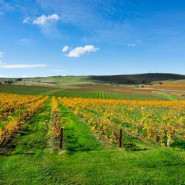 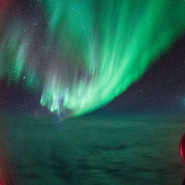 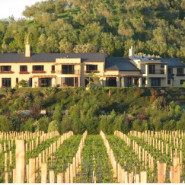 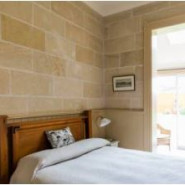 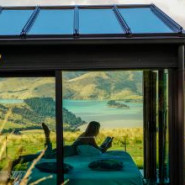 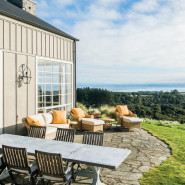 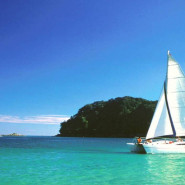 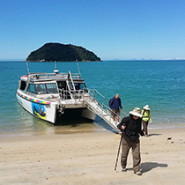 On this 5-day escape you’ll experience two of the South Island’s Great Walks, as well as kayaking in Marlborough Sounds and experiencing some of our favourite, beautiful accommodations; we’ve hand-picked them for their uniqueness, hospitality, and comfort. Along the way … Continue reading → 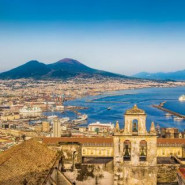 Discover Italy as you begin in Rome and tour through the countryside This Italian adventure takes in some of the most stunning and ancient sites in history. Explore the bustling streets of Rome and then travel through truly beautiful countryside … Continue reading → 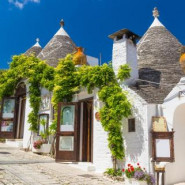 Uncover the many attractions of Italy’s Puglia region on a small group adventure. Take off on an unforgettable journey down Italy’s rarely visited heel, getting to know another side of this entrancing country. Believe the beauty of Amalfi, unwind in … Continue reading →

This unique approach to a classic pilgrimage route combines a passion for good food and produce, with the incredible history of the trail crossing northern Spain. With fully supported day walks on the best sections of the pilgrimage trail paths, … Continue reading → 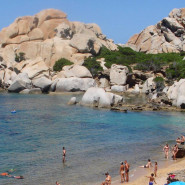 Plunge into the wild yet romantic beauty of south-western Sardinia and cycle beside empty beaches and sandunes in total freedom and at your own pace. The terrain is rugged in parts, with high cliffs ascending from the coast, interspersed with … Continue reading → 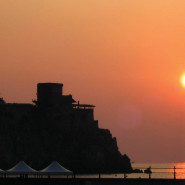 There are few trips which take in such a diverse combination of highlights. From the spectacular Amalfi coast to the fascinating ruins of Pompeii, to the historic centre of Naples and the beautiful island of Capri, this walking trip offers … Continue reading → 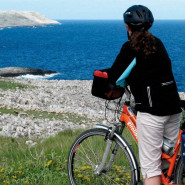 Puglia in south eastern Italy encompasses the heel of Italy’s boot and is bordered by the sea on two sides (the Adriatic Sea in the east and the Ionian Sea to the southeast). The region is characterised by endless olive … Continue reading → 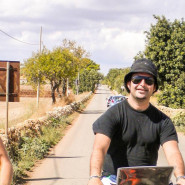 A stunning cycle in south-east Sicily, the largest island in the Mediterranean and renowned for its rich history and Baroque architecture. You will cycle through the Val di Noto, a UNESCO World Heritage site, and discover the most fascinating cities … Continue reading → 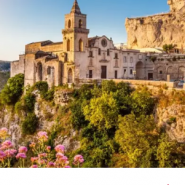 ITALY AND SICILY’S RICH HERITAGE IS UNVEILED ON THIS COUNTRY EXPLORER TRIP THROUGH ROME, VENICE, SORRENTO AND MORE. Embark on a Sicilian adventure through ancient cities and seaside villages before the monuments of Rome, Romanesque architecture of Pisa and Venetian … Continue reading → 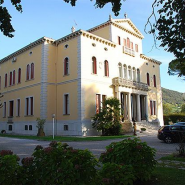 Discover one of the oldest wine regions in Italy, the Prosecco Hills Just an hour’s drive north of Venice, in the foothills of the Dolomites, is one of the world’s best, yet largely undiscovered, wine regions. Here ancient terraced vineyards … Continue reading → 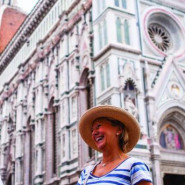 Discover cities that have shaped the world’s culture. Taste regional flavours and wines that are celebrated around the globe. Experience picture-perfect landscapes that will capture your imagination. Exploring Italy is truly an experience to be savoured. Highlights Cook up an … Continue reading → 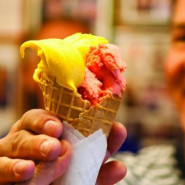 A rich tapestry of idyllic countryside and ancient towns, beautiful architecture and delectable food. On our Tuscany tour, you’ll seek out world-renowned treasures and hidden gems, turn into a culinary connoisseur and fall head over heels for this exquisite Italian … Continue reading →

Superb hotels, world-famous wines and exceptional cuisine are just some of the reasons to choose this 8-night walking holiday! On this self-guided, hotel-to-hotel walking holiday, you’ll explore the beautifully tranquil Langhe region of Piedmont, a gastronomic gem quietly tucked into … Continue reading → 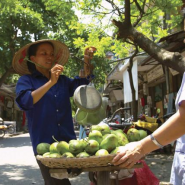 Salty, spicy, tangy, fresh — fire up the taste buds in delicious Vietnam Satisfy the hunger for adventure on this authentic food exploration of Vietnam. Taste your way from Hanoi to Ho Chi Minh City and fill the eyes with … Continue reading → 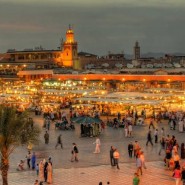 On this Italian tour package, the town of Montecatini serves as your home base from which to venture out daily to explore the surrounding landscapes of breathtaking Tuscany. You’ll indulge in picturesque scenery, world-class local wines, traditional cuisine, and cultural … Continue reading →

This 9-day Italy tour takes you on a journey to discover world-renowned treasures in art, architecture, and history. You’ll begin in Naples – home to centuries of some of the most important art and architecture Italy has to offer – … Continue reading →

Discover the secrets of Italy’s vibrant south on a journey through Calabria and Sicily. From the pristine waters of Palinuro to the stalwart fortifications of Tropea, all the way to the smoke gently floating from the volcanoes of the Aeolian … Continue reading →

All aboard for a picturesque journey taking in Milan, Lucerne and Zurich Embrace the romance of the railway on this splendid alpine tour through Italy, Switzerland and Germany. Begin in Milan and enjoy picturesque lakeside towns before rolling on to … Continue reading →

History, amazing scenery, tasty cuisine, and so much more are waiting for you on this Italy tour. So pack your bag and get ready for the trip of a lifetime! Highlights Alberobello Capri Pompeii Naples Sicily Lecce Itinerary DAY 1:   … Continue reading →

Savour spiced seafood, slow-cooked sausages and sweet wines aplenty. Uncover the flavours of Galicia and Portugal on this eight-day Real Food Adventure. Sample tender, paprika-infused octopus in Santiago de Compostela and learn how to whip up your own Galician seafood … Continue reading → 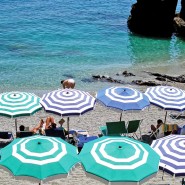 See classic Italy from Rome to romantic Venice La dolce vita – the good life – is exactly what the Best of Italy trip is all about. Starting in the ‘Eternal City’ of Rome and ending by the canals of … Continue reading →